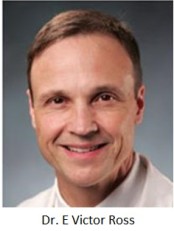 In 1992 he completed a three-year dermatology residency at the National Naval Medical Center in Bethesda.  In 1994 he was the first Navy-sponsored fellow in Photomedicine and Lasers at Massachusetts General Hospital.   Dr. Ross is presently the Director of the Laser and Cosmetic Dermatology Center at Scripps Clinic in San Diego. He also serves as Associate Editor of Lasers in Surgery and Medicine. Dr. Ross was the 2008 president of the American Society for Laser Medicine and Surgery and a board member of the American Society for Dermatologic Surgery.

Join us in Las Vegas from September 26-28 at the MedSpa Conference 2014 to meet Dr. Ross and learn about the latest developments in aesthetic laser technologies.  Click here to register!